Many people should also have the feeling that when playing mobile phones on the public subway, they especially hate those who look at the mobile phone. In fact, the higher the screen transmittance, the greater the visibility of the screen. The transmissive unit in the conventional privacy screen protector structure is a rectangular parallelepiped, which causes the product to have a serious drawing phenomenon and affects the appearance; 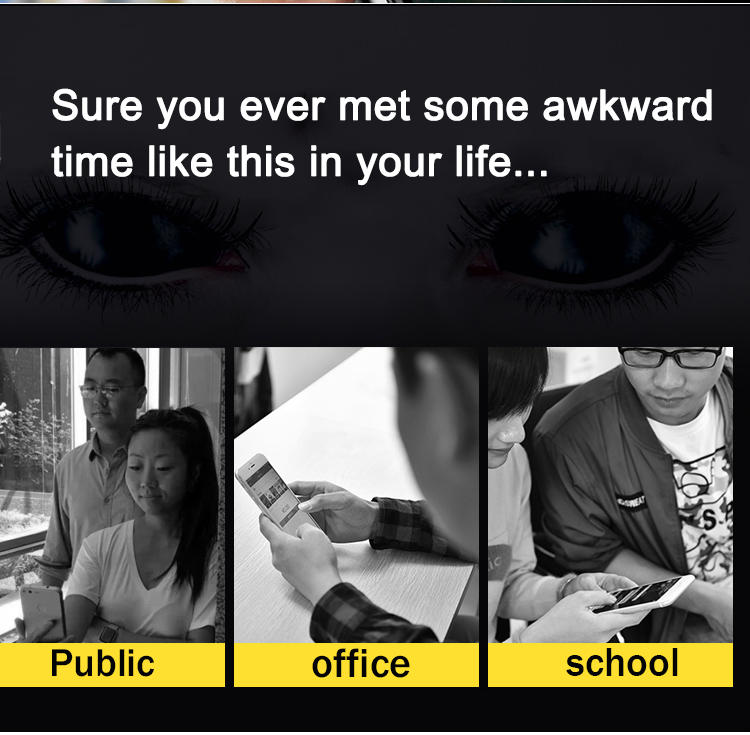 The privacy screen protector produced by YIPI ELECTRONIC LIMITED adopts the patented technology of the ultra-fine louver (MICROLOUVER) optical technology, so that the information displayed on the screen is for the user to read on the front side. The visible area is 60 degrees, and anyone is on both sides Invisible. Onlookers can only see the dark picture. This feature of the privacy film is that the incident light transmittance of the film to the oblique angle is extremely low, and the transmittance is high at the vertical angle. At the same time, the square-view protective film produced by YIPI can prevent warm reflection and prevent glare caused by sunlight and fluorescent lamps. 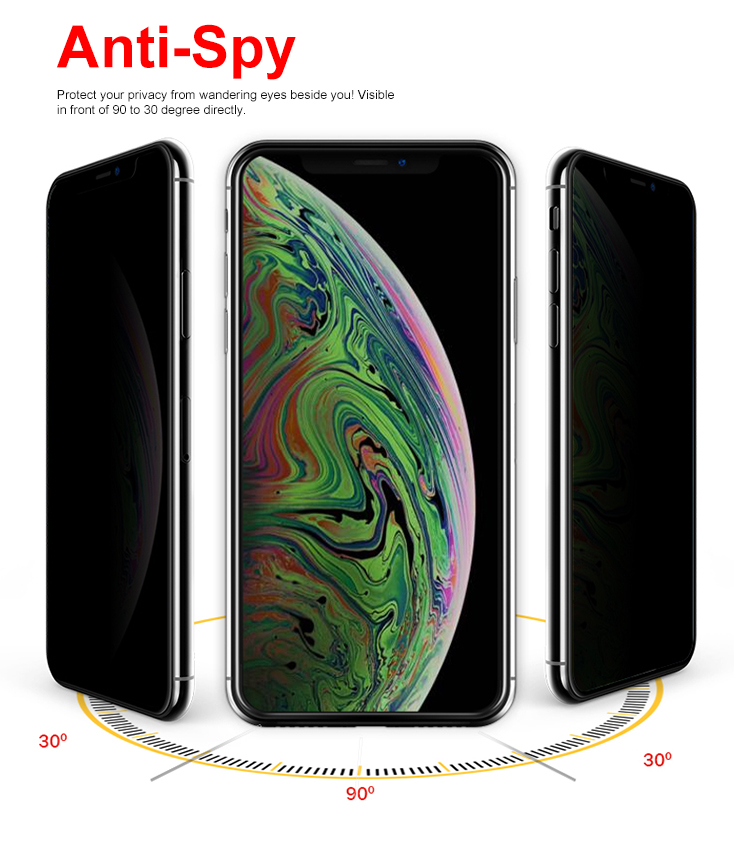 Our company has carried out a series of technical research and continuous improvement, and has produced a mobile phone privacy screen protector with no twill, good anti-peep effect, high quality and low price. The user only reads the information on the screen from the perspective of 60 degrees from the front. It does not blur the image on the display. The purpose of the anti-spy film is to make the screen only visible from the front through a filter. When the viewing angle is more away from the center, the screen will be darker until it is completely black. 9H hardness can effectively prevent scratching, hydrophobic and oleophobic, surface Very easy to scrub. 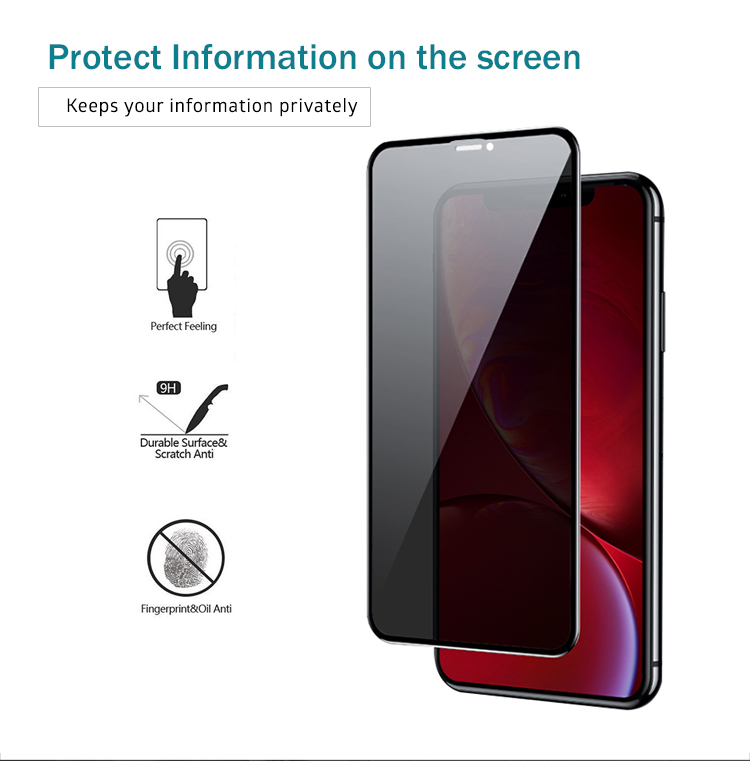 YIPI is the privacy screen protector custom manufacturers, we adhere to the principle of quality-oriented, customer first, service-oriented, always maintain the spirit of innovation, enterprising, and professionally cultivated. Regarding the button part of the mobile phone, the full enveloping design is adopted; the edge of the film can be closely attached to the screen of the mobile phone, and substantially no gap is seen. The anti-peeping film AB glue is made up of a multi-layer material, which is coated with a pure silicone resin silica gel on the basis of the anti-spy film substrate, coated with OCA on the other side of the anti-spy film, and embedded in a film. Hundreds of blades, so that the front is not affected;