Sunlight contains red, orange, yellow, green, and blue rays and many shades of each of these colors, depending on the energy and wavelength of each light (also known as electromagnetic radiation). In combination with this colored light, we call it "white light" or sunlight. Without entering complex physics, there is an inverse relationship between the wavelength of light and the energy they contain. Light with a relatively long wavelength contains less energy, while light with a shorter wavelength has more energy.

Ultraviolet light has a higher energy than visible light, which allows them to produce skin changes that produce tanning. In fact, for this reason, the bulb emits a controlled amount of UV radiation. But too much ultraviolet light can cause painful sunburn, and even worse, it can lead to skin cancer. These rays can also cause sunburn to the eyes, a condition known as photokeratitis or snow blindness. But moderate UV radiation is also beneficial, for example to help the body make enough vitamin D.

In general, scientists say the visible spectrum includes electromagnetic radiation with wavelengths ranging from 380 nanometers (nm) at the blue end of the spectrum to about 700 nanometers at the red end. Blue light is generally defined as visible light in the range of 380 to 500 nm. The blue light is sometimes further decomposed into blue-violet light (about 380 to 450 nm) and blue-green light (about 450 to 500 nm). Therefore, approximately one-third of the visible light is considered to be high energy visible light (HEV) or "blue" light.

Like ultraviolet light, it is both beneficial and dangerous to see the visible spectrum of blue light with the shortest wavelength and highest energy. Sunlight is the main source of blue light, and outdoor activities during the day are where most of us touch it. But there are also many indoor blue light sources, including fluorescent and LED lighting as well as flat screen TVs. Most notably, the displays on computers, electronic notebooks, smartphones and other digital devices emit a lot of blue light. The HEV light emitted by these devices is only a small fraction of the sun's emissions. However, the amount of time people spend on these devices and how close these screens are to the user's face has caused many ophthalmologists and other health care professionals to worry that blue light may have long-term effects on eye health.

The anterior structure of the adult eye (the cornea and lens) is very effective in preventing UV rays from reaching the photosensitive web at the back of the eye. In fact, even if you don't wear sunglasses, less than 1% of the UV radiation reaches the retina. On the other hand, almost all visible blue light passes through the cornea and lens and reaches the retina. The fact that blue light has penetrated into the retina (the inner layer of the back of the eye) is important because laboratory studies have shown that excessive blue light radiation can damage sensitive cells in the retina. This results in a change similar to macular degeneration, which can result in permanent vision loss.

Due to the short wavelength, high-energy blue light is more easily scattered than other visible light, so it is difficult to focus. This unfocused vision reduces contrast and causes digital eye strain when you look at computer screens and other digital devices that emit a lot of blue light. Studies have shown that blue light-blocking lenses that block wavelengths less than 450 nanometers (blue-violet light) can significantly increase contrast.

Adult eyes block nearly 100% of the sun's ultraviolet rays. As part of the normal aging process, the natural lens of the eye will eventually block some short-wavelength blue light, the type of blue light most likely to damage the retina and cause macular degeneration and loss of vision. If you have a cataract and are about to undergo cataract surgery, after cataract surgery, you may benefit from glasses with special Blu-ray filter lenses, especially if you spend a lot of time in front of your computer screen or use other digital devices.

Not all blue lights are bad.

There is ample evidence that some blue light exposure is critical to good health. Studies have shown that high-energy visible light can increase alertness, contribute to memory and cognitive function, and enhance mood. In fact, something called phototherapy is used to treat seasonal affective disorder, a depression associated with seasonal changes, usually beginning in the fall and continuing into the winter. The source of the therapy emits bright white light, which contains a large amount of HEV blue light.

In addition, blue light is very important for regulating the circadian rhythm, the body's natural awakening and sleep cycle. Exposure to blue light during the day helps maintain a healthy circadian rhythm. But too much blue light in the middle of the night can disturb this cycle, which can lead to sleepless nights and daytime fatigue. 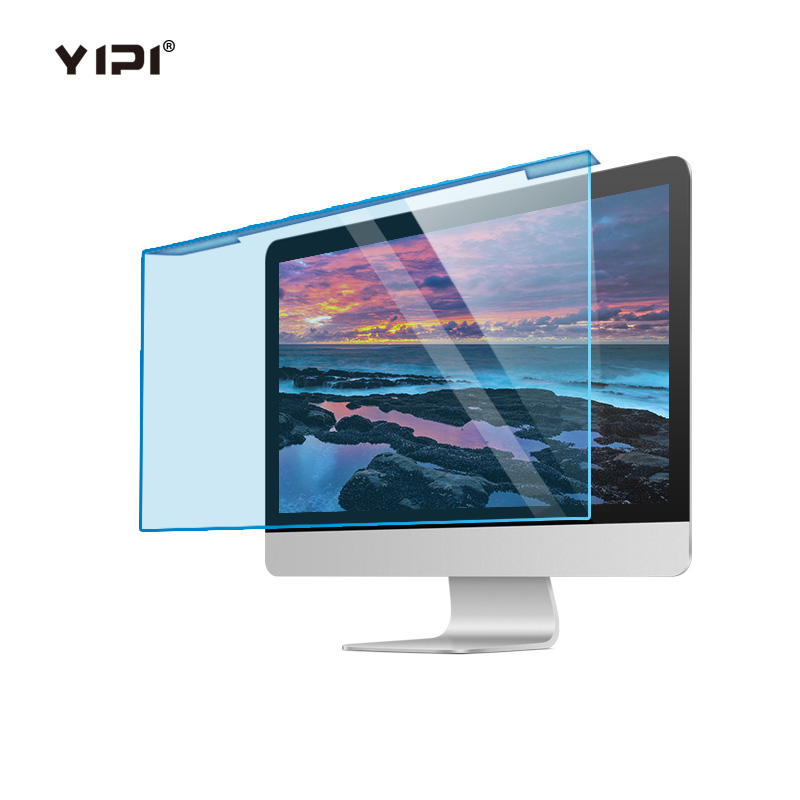 If you use your phone frequently, especially if you are primarily using text messaging, email and web browsing, the way to reduce Blu-ray exposure is to use a Blu-ray-resistant film. Digital electronic devices emit blue light that can cause eye strain and can cause eye problems over time. The Blu-ray-resistant film is designed for use on smartphones, tablets, and computer screens to prevent large amounts of blue light from these devices from reaching your eyes without affecting the visibility of the display. Some are made of thin tempered glass to protect the screen from scratches.