Blue light refers to light with a wavelength between 400 and 500 nanometers. Blue light is a kind of visible light. The blue light is short and the energy is high. It can directly penetrate the lens and reach the retina of the fundus. High-energy short-wave blue light emitted by television screens and the like containing a large number of irregular frequencies. These short-wave blue light have extremely high energy and can penetrate the lens to reach the retina and cause photochemical damage to the retina. Therefore, blocking long-time exposure to blue light is the most effective way to reduce damage, and the  anti-blue eyes screen Protector can effectively solve this. 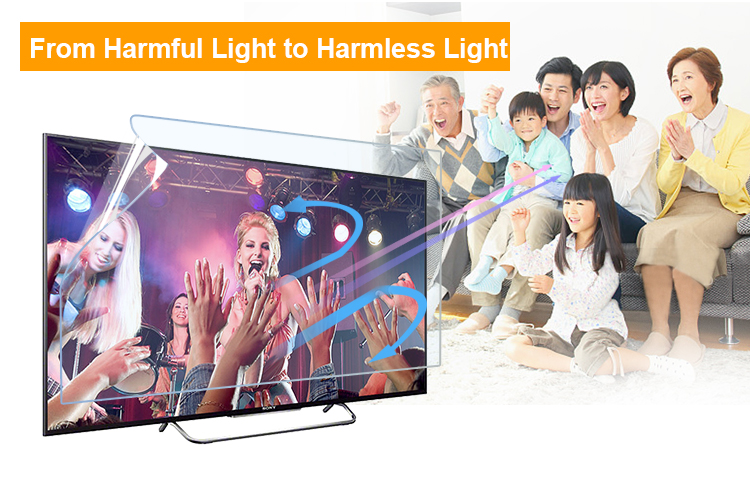 The anti-blue eyes screen Protector is developed based on reducing the damage of blue light to humans. Radiation is an energy source, which accelerates the evaporation of water on the surface of the eyeball and causes the eyes to dry up. The short-wave blue light and UVA ultraviolet light emitted by the monitor can burn the fundus, causing eye pain and more damage to the eyes! YIPI anti-blue light protection film is pure imported from Japan, not only has anti-radiation function, but also prevents high-energy short-wave blue light, ultraviolet light, anti-glare, explosion-proof, fingerprint elimination, scratch-proof, sterilization and other functions! 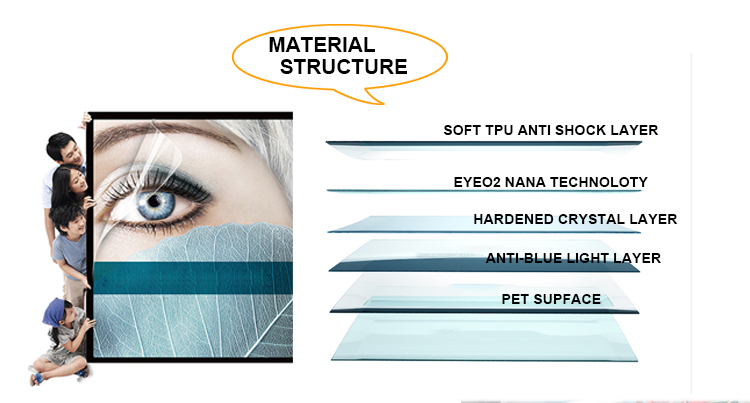 1. Anti-Blu-ray: Prevents 380um to 420um high-energy short-wave blue light from harming the eyes, and reducing the effect of blue light on skin melanin;

3. Anti-shock: the hardness reaches 3H, which can effectively prevent accidental drops, collisions, and damage to the screen caused by rolling;

4. Anti-scratch: protect the screen of the mobile phone or tablet from scratching and leaving marks;

5. High light transmission: the screen is still clear and clear after filming;